Dr. Kalyani Bondre
I am a professional Indian Classical Singer. I hold a Ph.D. in Economics and Master's Degrees in both, Economics and Business Management; and I also work as Faculty in Economics for Management students. I have a passion for writing and this blog is a platform for me to share my experiences and express my thoughts and ideas, views and opinions, gathered while working in diverse fields.

At this time, when my new album of Indian music is on the verge of being launched, I fondly remember the day when my first CD of Hindustani classical music was launched at the hands of the veteran actor, Shri Vikram Gokhale. The year was 2006 and my first album containing Ragas Maru Bihag and Kalavati, a Marathi Natyageet and a Bhajan was ready to be released and enter the market.

A launch function was the usual protocol to be followed and for me it was nothing less than a dream come true! A dream come true for a lot of reasons. One was of course the fact that for any singer a debut album is a wonderful achievement and a sense of fulfillment of one's talent being captured and stored in a CD forever. The second was the fact that the album was being launched at the hands of none other than the great actor, Shri Vikram Gokhale at a function presided over by the great educationist, Padmabhushan Dr. S. B. Mujumdar. What more could I have asked for! So, two persons, masters of two fields: Art and Education, both fields which I have such great respect and love for! Add to it that the former a close friend of my father, the latter, the Professor of my mother! And then, to grace the occasion, were the famous sitarist, Ustad Usman Khan, and the well-known composer and violinist, Ustad Faiyaz Husain Khan! Again, one my mother's guru, the other my father's guru-bandhu, and both who have given me invaluable nuggets of guidance in music since I was a toddler! Both who have been there at all my major performances! So now one can understand why this CD launch was so special; it was almost an entire family present to bless me on my very big day! The audience had two more greats from the field of art: Late Shri Chandrakant ji Gokhale, who at the age of 87 made it convenient to grace the occasion, and the famous painter and music aficionado, Shri Ravi Paranjape. 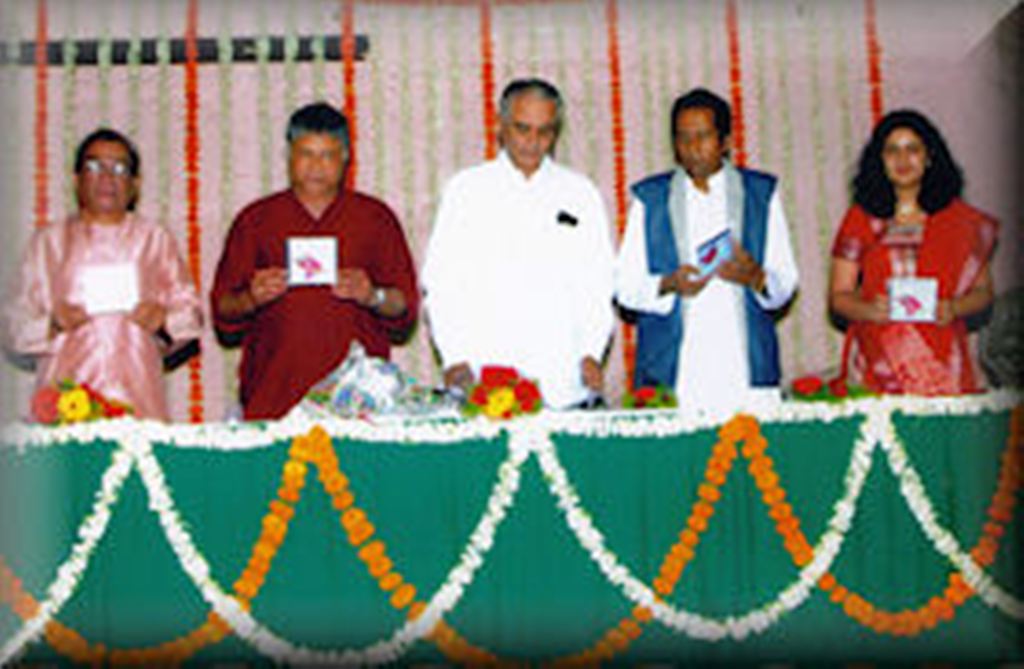 The launch function was one of the finest I have ever witnessed. I am saying this at the risk of sounding immodest, because it had the finest speeches that could possibly be! All the four guests of honour, being wonderful speakers, and introduced so well by my father, himself a great orator; but more because it was not a formal function, and everybody spoke with a great personal touch.
https://www.youtube.com/watch?v=Frs04GSwbiY


As per the usual convention, my musical performance was scheduled after the launch. As I took stage, there was a feeling I cannot define in words, may be something akin to ecstasy and in that same feeling, I gave my performance comprising two of the most mystical Ragas in Indian music: Madhukauns and Bhinna Shadja. As I finished the recital, Shri Vikram Gokhale was the first one to come up on stage and congratulate me, a gesture I will never forget.

The moment, the feeling of completion of an important event, the euphoria, all of it was so much to handle, it left me totally hazy! It was only gradually that all of it sank in and I realised what a treasure I had got in those 3 hours, a treasure to be cherished and savoured forever!
https://www.youtube.com/watch?v=nEn8oGnErTg